Albert was born in Vasto 30 April 1943. He completed five years of schooling and then began to learn first boot making and then being a barber. Albert was sponsored by Americo Iezzi and arrived in Fremantle 4 December 1961 on the ship Oceania. He worked in the Midland area in the barber profession for many years, where in due course he set up his own barber shop. He was involved in his profession at state, national and international level. He was also a member of the Chamber of Commerce.

Albert was also involved in a number of commercial activities including the cinema in Midland and the Military Markets. He went on to create Salon Express a franchise in hairdressing.

He made substantial contributions to community life and was president of the Vasto Club, and then founder of the Abruzzese Emigrant Association of Australia, which built the Monument to Migrants at the Perth Esplanade. 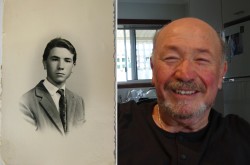 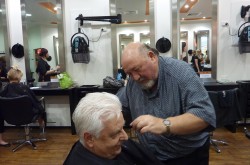