Giuseppe Smargiassi was born in Vasto (Abruzzo Italy) 23 April 1911. His father Cesario had migrated to the USA in 1904 and was killed in WWI, when Giuseppe was 5 years of age.

He left school early to support his mother and worked eight years for a blacksmith, and then went to work for a builder and learnt the trade. His first wife Anna Vinciguerra died after her second childbirth, and he remarried her sister Consiglia.

He was a soldier in the Abyssinian campaign in 1935, and served in the Italian army in Greece.

He migrated to Australia arriving 26 March 1952 on the ship Cyrenia. He went to work as a builder in Pingelly and remained there until 1970 when he retired to Perth after a major stroke. His eldest son Cesario arrived in Fremantle 13 June 1953 on the ship Oceania.

The rest of the family Consiglia and children Nicola, Francesco, Anna & Rosa arrived 18 April 1954 on the ship Oceania. They all went to live in Pingelly.

Giuseppe died 3 October 1989 and is buried in Karrakatta. His wife Consiglia passed away 31 May 2007 and is buried with her husband. 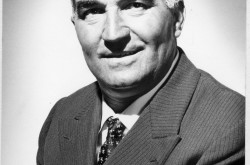 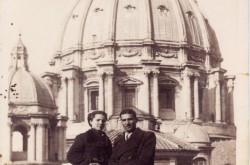 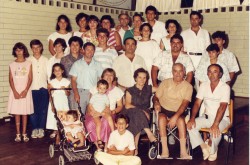 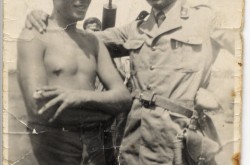