Giuseppe was born in Vasto 13 December 1932. He was sponsored by Antonio Silvestri, who ran a market garden in Kline Road Balcatta. He arrived in Fremantle 24 August 1954 on the ship Australia.

He worked for three months on the construction of the Kwinana refinery and then for five years with Malloch Bros making fencing. He worked for some time on Main Roads, Brisbane & Wunderlich and finally with the Water Board for many years.

He was a member of the local parish council and involved in fund raising activities and the building the church of St Lawrence in Osborne Park.

He married Teresa Ciffolilli and they have three children: Graziella, Luisa and Linda. 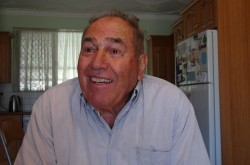 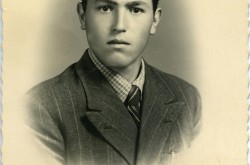