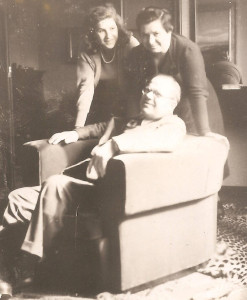 He graduated in political sciences, economics and actuarial studies; he became an employee of the Treasury. From 1913 to 1917 he established the Treasury services in the Italian Somalia. From 1919 to 1936 he was nominated first secretary and then the only delegate in Eritrea. At the same time he was professor at the Technical Institute of Asmara and honorary judge of the local law courts. He was a member of the administrative commission of Somalia and Eritrea and published various economic studies on the colonies. He returned to Italy in 1926 to develop the function of the Treasury inspector. In 1936 he returned to Africa and organise the general services of the Treasury in Addis Ababa. In the last conflict he was first in charge of the Governorship of Dalmatia, and later Montenegro and Albania and lastly head of civil affairs in Greece. In 1946 and in 1948 he undertook important tasks in Egypt and Madrid. Subsequently he was active in the USA in the nominated delegation to put into place the Marshall plan.