After primary school he went to work with a blacksmith, from whom he received the first rudiments of design. The doctor Sangiovanni and the poet Romualdo Pantini took an interest in him and so he stopped the apprenticeship and began a long and fruitful artistic path. Self taught, in the middle of the 1920s, he completed his first works in a figurative style. His military service in Florence (1928) allowed him to become acquainted with the great renaissance painters and experience the “macchiaioli”. In the 1930s he took part in various exhibitions whether as an exhibitor of judge. In 1935 he went to Rome where he got in touch with the innovations of the “Roman School”, and continuing to exhibit in national shows. His taking part in WW2, imprisonment during the war and a brief return to Vasto was a prelude to his decision to move to France. From 1948 he established himself in Chambery (Savoy) where he married Helene Castex. His visits to the Parisian environment lead him to undertake that which has been defined as his “Cubist” adventure. In his 20 years of living in France he constantly exhibited in national exhibitions, with an artistic impressionistic style. In 1968 he returned to Vasto and opened a studio in Via Adriatica and began a new expressive period, creating landscapes with a nostalgic mood and “religious” paintings. He died in Vasto 13 January 1986. The following year his wife gifted the civic museum over twenty of his paintings which follow his artistic career. 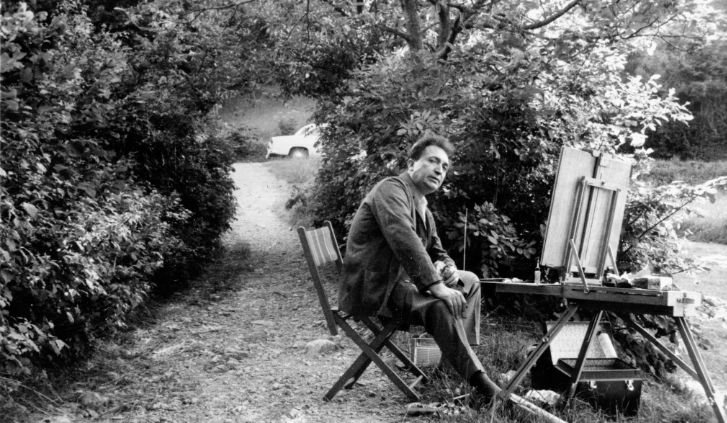