Phil (Filippo) Tana was born in Vasto (Chieti Abruzzo Italy) 3 April 1948. His father Vincenzo migrated to Australia on the ship Neptunia in September 1952
On arrival in Australia Vincenzo teamed up with his brother Luigi who had migrated to Western Australia circa 1942 working as a market gardener in Oakley Road Balcatta (now called Carine). The garden was located in the now Carine open space. Vincenzo continued in the Balcatta garden with his brother until 1954 when he decided to set up his own market garden in Belmont (now part of the Perth Airport)
Phil came to Australia with his mother Elisabetta and younger brother Nick (Nicola) arriving 14 April 1953 on the ship Surriento.

Phil is a graduate of the University of WA (1972) with a Bachelor of Science Degree . After competing his military service he returned to the University of WA and completed a Diploma of Education. On leaving university Phil became a teacher at Balcatta High School teaching Chemistry and Biology.

Although Phil enjoyed teaching he felt dissatisfied and decided to venture out into industry securing a position as plant Chemist at the Commonwealth Industrial Gases (Now BOC). After four years at CIG Phil became restless again and decided to venture out into the world of entrepreneurs and went into partnership with his brother Nick who had been in the fastfood industry for some years. 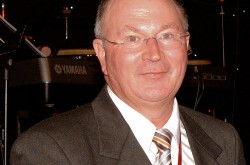 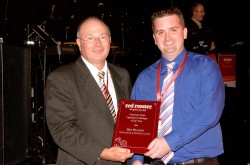