Giuseppe Zaccaria, son of Michele & Maria Rosa Annunziata Canci, was born in Vasto 4 August 1924. After his military service in the Italian Navy he married Maria Antonia Smargiassi 13 June 1949. He then migrated to Australia in 1950 on the ship Surriento, and was joined by his wife in 1952 on the ship Sydney.

He first cleared bush in the SW of WA and then became a market gardener in Gwelup on North Beach Road. He also had a vegetable round with his truck. In due course he opened two fruit and vegetable shops.

Giuseppe was a very community minded man and did much for his local community, including being a foundation member of the Vasto Club Casa D’Abruzzo. With the help of Jim Clarko MLA they found the land to build the club from the City of Stirling. 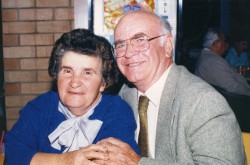 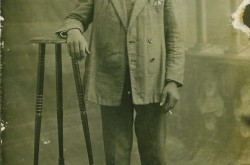