Gabriele was born in Vasto (Abruzzo Italy) 10 September 1939 in the district of Santa Lucia. He completed three years of  high school and then learnt a variety of jobs in Vasto including tayloring and photographic processing. After his military service in the Italian navy he worked at his family’s market garden in Vasto, and introduced some new techniques. He decided to migrate to Argentina in the 1960s, where his sister lived. There he worked on a variety of jobs including the printing business established by Carlo Della Penna. With the change of government and financial collapse in Argentina he decided to migrate to Australia, where other members of the family (Nicola, Elisa, Maria and Domenico) lived.

He was sponsored to Australia by his brother Domenico, and arrived by plane 2 April 1974 with his family.

In Austrlia he worked at Trinity College doing maintenance work until his retirement.

He married Geraldina Competiello in Buenos Aires and they have three children Patrizia, Gabriella & Melissa. 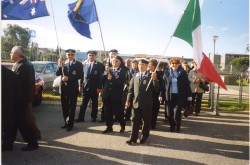 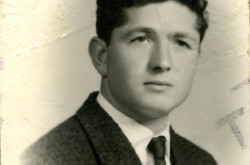