Interview of Thomas Sputore on his father Angelo

Angelo (Charlie) Sputore was born in Vasto, Italy on the 29th January 1909. He emigrated to Australia and arrived in Fremantle 12th May 1927 on the SS Palermo.

He worked in a variety of labouring jobs in the wheatbelt, as a miner and prospector in the eastern goldfields. He met and married Lucia Barone in Hamel in 1939 where they settled. Soon after, he was arrested and spent a total of 4 and a half years as an internee in various camps around Australia.

Upon his release he resumed his former life before moving to Waroona and then to Perth in 1954. He and Lucia had four sons, Thomas, Luigi, Renato and Carlo. He lost Lucia on 1st June 1970 (aged 49) and he died on 27th December 1993. Both are buried at Karrakatta Cemetery 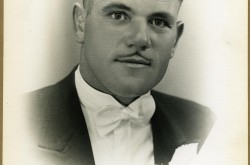 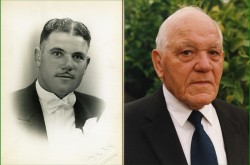