In 1496, Ferdinand III of Aragon nominated Marquis of Vasto Innico II d’Avalos and for almost three centuries, in fact from 1500 to 1800. the d’Avalos family uninterruptedly kept the Lordship of Vasto.

In 1503, at the famous “Challenge of Barletta”, where 13 horsemen defended the Italian honour against the arrogance of France, Vasto had its champion in Riccio De Parma, who with indisputable documents show that he was born in our city.

On the 1st of August 1566 the Turkish army under the command of Pasha Piali, sacked & burnt Vasto taking away people & things, destroying what could not be taken away. The people remained hidden in the bush until the 12th January 1567. In 1598 it was counted that 160 houses were in danger of collapse, between those burnt by the Turks & those affected by their long usage.

Under some rubble they found the oldest ancient inscription of our city. The precious documents consists of a marble plaque, inscribed “Histanio” in Doric language (spoken & written in the Doric area of Greece and the Doric colonies and it is distinguished from other Greek dialects due to many differences phonetically, morphological & syntactic).

From where does the name Histonio come from? Maybe from Oscan (7) origins, maybe it comes from the Greek vocabulary, or more probably it was imposed by Diomedes to whom it brought back memories of Istore near Corfu`.

(7) Oschi – the nationality born of the fusion of the Sanniti with the Opici, after the elimination of the power of the Etruscans in the second half of the V century it assumed the name Osca by an adaptation of the name “Opici” to the Sannitic words opos “work”, opsaom “to do”. In a process similar to the ex province of Caserta which has kept until today the name of “Land of Work”. 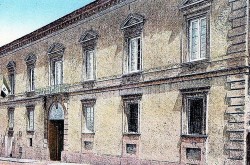 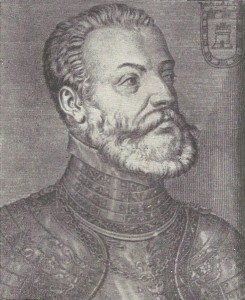